Tyler The Creator has sparked lots of controversies in the past on his s* xuality.  He’d openly come out as gay and later debunked it as just mere joke.

(adsbygoogle = window.adsbygoogle || []).push({});
Tyler is undoubtedly a different rapper from his style of dressing to the way he moves and raps, it can be said that he’s unique. Jaden Smith has also referred to Tyler as his partner and he publicly claimed it.

And now this. Yesterday Tyler was seen prancing around Beverly Hills wearing a pink Chanel jacket – that’s made women. He also was wearing mommy jeans.

Peep the picture below :

Tyler’s new album IGOR marks the first full-length project since 2017’s Flower Boy. The 12-track effort features guest appearances from Kanye West, Playboi Carti and Charlie Wilson, among others. He spoke about the album in a recent interview with Beats 1 and explained why he doesn’t promote his material months in advance. 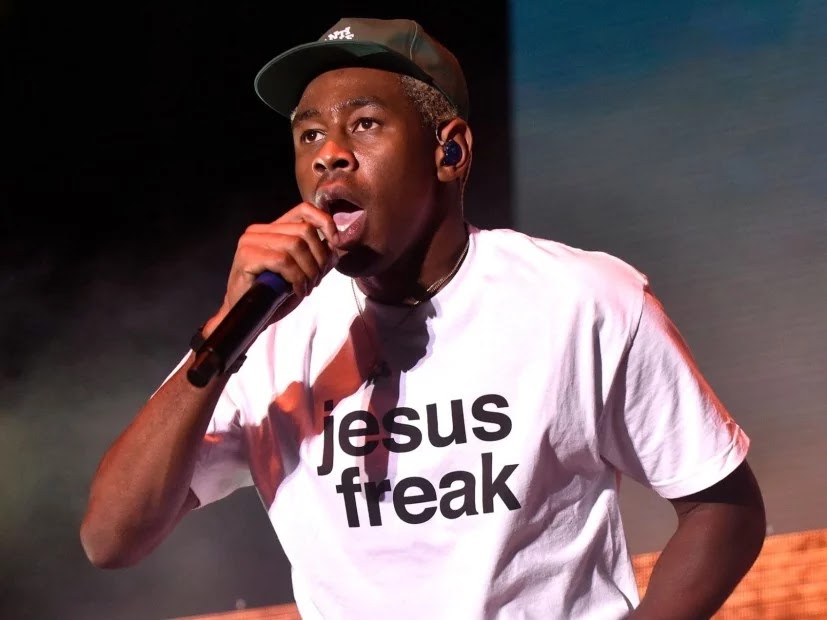